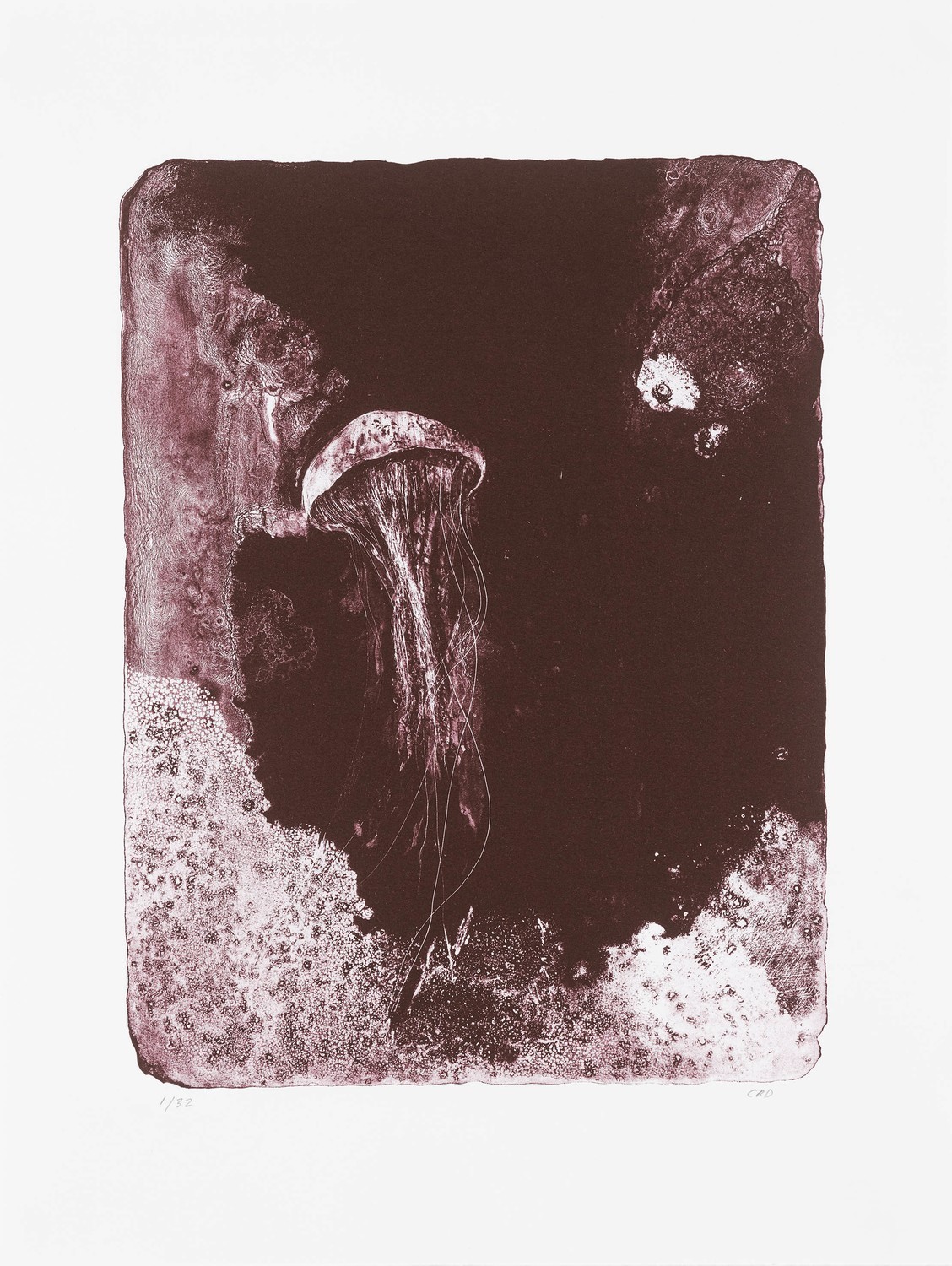 SKU 00026
kr4.000,00
In stock
1
Product Details
TOTEM SERIES - ORIGINAL LITHOGRAPH
The motivic world of Cathrine Raben Davidsen is populated with human figures, animals and plants. In the paintings, one can glimpse human faces and bodies emerging from the saturated colour field surfaces. In the drawings and prints, one encounters shadowy images of floating bodies, owls, deer, whales, and jellyfish move around in fluid, formless spaces, seemingly in constant flux - in a state of dissolution towards a new dimension. By portraying this mix of living organisms inside a fluid space, Raben Davidsen explores the organic synthesis of humans, animals and the cosmos.A core theme of Cathrine Raben Davidsen’s practice is a strong interest in mankind’s relationship with nature and our understanding of the spiritual world. In particular she sees the concept of transformation as an omnipresent precondition of humanity – a continuum that connects us with our surrounding environments.

The title - Totem - stems from ancient traditions in cultural history and religion such as animism and totemism. These are belief systems practiced by indigenous peoples that consider the connection between culture, nature and the cosmos as holistic. Animism is the belief that everything in nature, both the organic and the inorganic, has a soul in the same way as human beings. Among the animistic believers, a totem is an object, subject or place of worship that aims to gather and strengthen the group’s identity and cohesion. A totem can be either a tree, an animal, a mountain or a river. By exploring various elements of the spirituality and mythology and embedding these notions within her own work, Raben Davidsen asks how we can view and re-appreciate the meaning of these ancient traditions and belief systems anew.

For more information about other available prints from this collaboration please feel free to contact us at info@crdstudio.com

Save this product for later